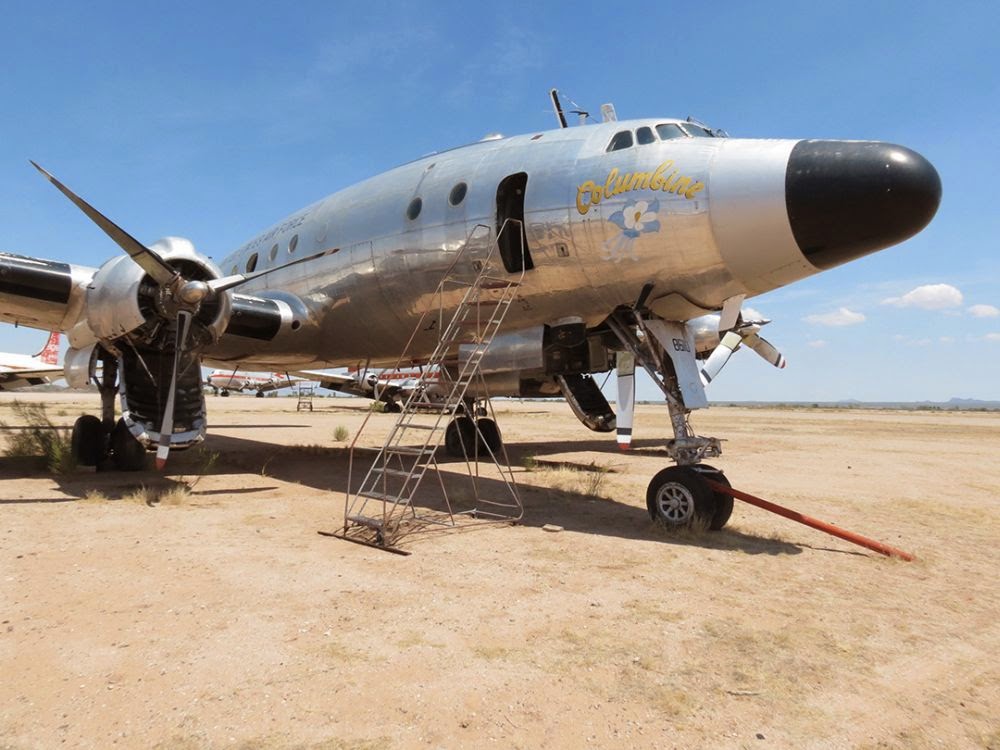 This is one of three Lockheed Constellation planes President Eisenhower used during
the early years of his presidency in the 1950's. (Photo by Steve Shadley)

This just in from a close friend who thought the blog would enjoy watching. Thank you Kirk!

This long lost Connie is the very first Air Force One that served General Dwight Eisenhower. It now resides north of Tucson Arizona being attended to by a small crew of restoration enthusiasts who are trying to save her from eternal dilapidation.

If Jack Frye were around when this gem of a plane was removed from service, I am sure he would have rounded up his buddies and some investors to keep this plane in top running order for posterity. One can only imagine...